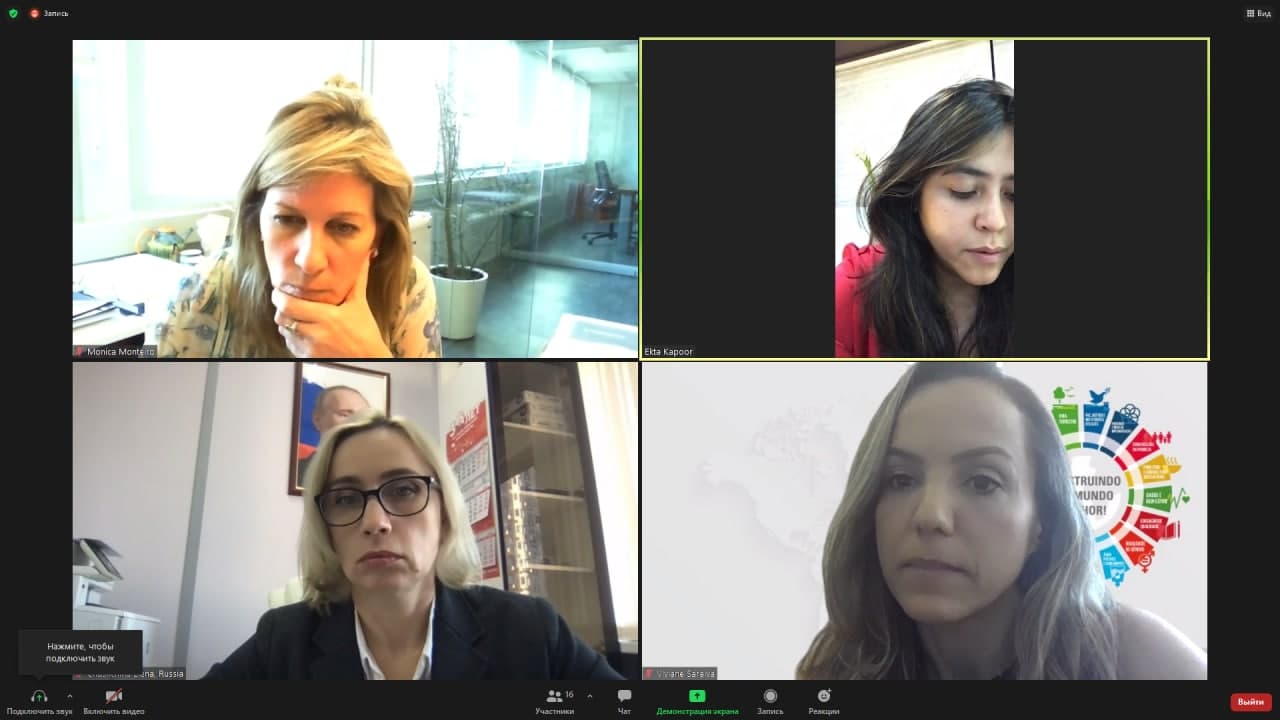 On November 16, 2021, the Working Group on creative industries and tourism of the BRICS Women's Business Alliance held its first meeting.

The participants of the meeting discussed the agenda set forward by the Indian part. The main emphasis was placed on the creative industries sector. The leaders highlighted several aims of the Working Group:

The representative of the Brazilian Chapter, Monica Monteiro, stated the need to elaborate further on the proposals of the Indian side and discuss ways to implement them. She also invited the members of the Working Group to join a separate session of the forum (WeForum) dedicated to creative industries in March in Sao Paulo (Brazil).

The Russian Chapter, represented by Elena Chashchina, CEO of EPOTOS Group, made a number of proposals on the topic of tourism:

According to Elena Chashchina, the BRICS countries own 21% of the natural and 12% of UNESCO's cultural heritage. Almost 8% of all tourists in the world already choose to travel to the five BRICS states and the BRICS countries also produce a quarter of the total global volume of importing tourist services. Therefore, it is necessary to increase the potential of the BRICS countries in the sphere of tourism, including by improving its safety.

The Chinese Chapter suggested paying attention to the digitalization of the sphere and the technological component of creative industries.

The representative of the South African Chapter focused on the connection between tourism and film production and noted the importance of developing business tourism between the BRICS countries and promoting the countries as attractive places for tourists.
Previous news
15-10-2021
Session on the Presentation of the Alliance on the III Eurasian Women's Forum
28-09-2021
Greater 50 Conclave on Women Empowerment
23-09-2021
Joint Meeting of FLO and Russian Chapter of the BRICS WBA in Moscow
See all
© All Rights Reserved.