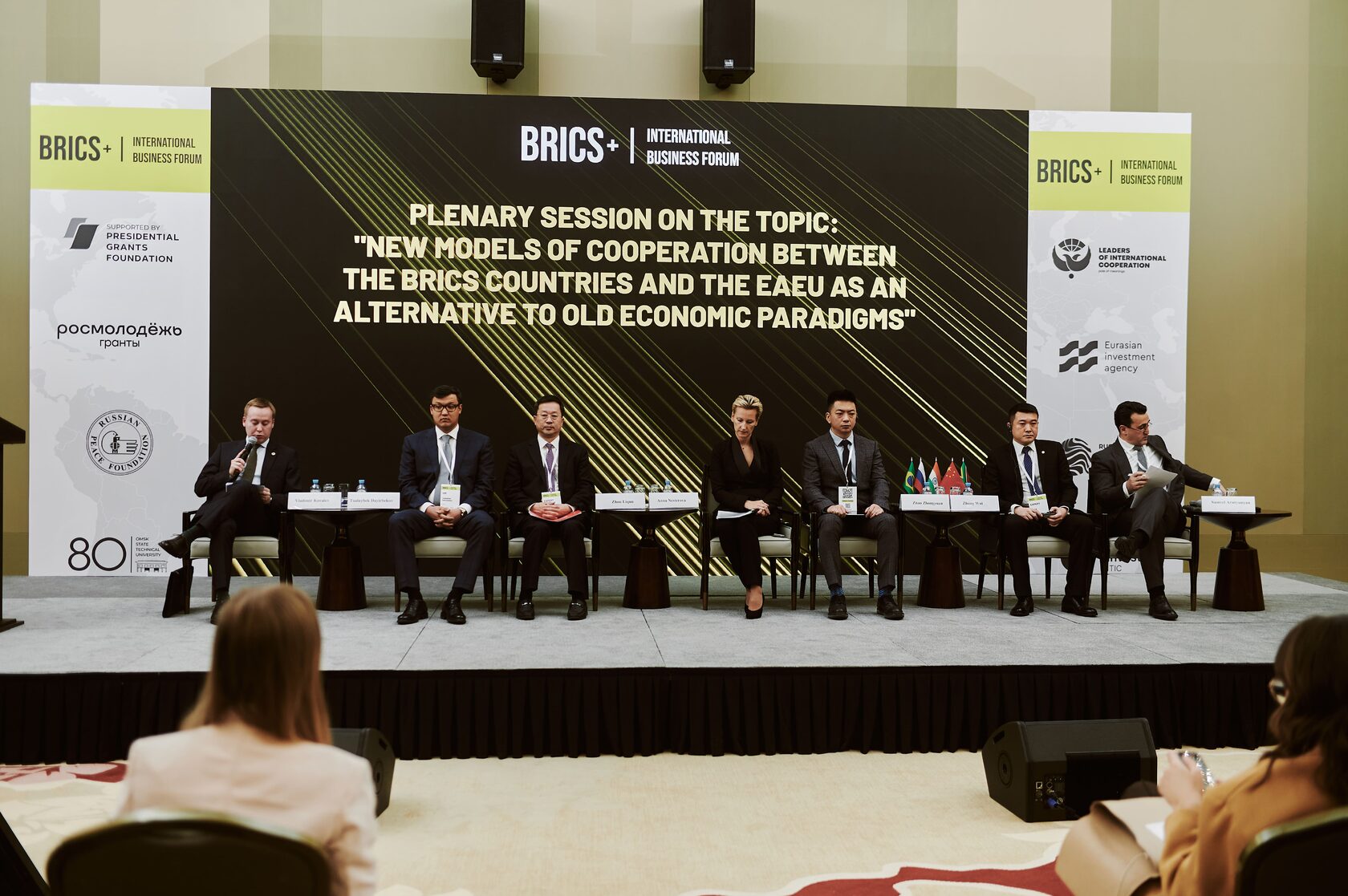 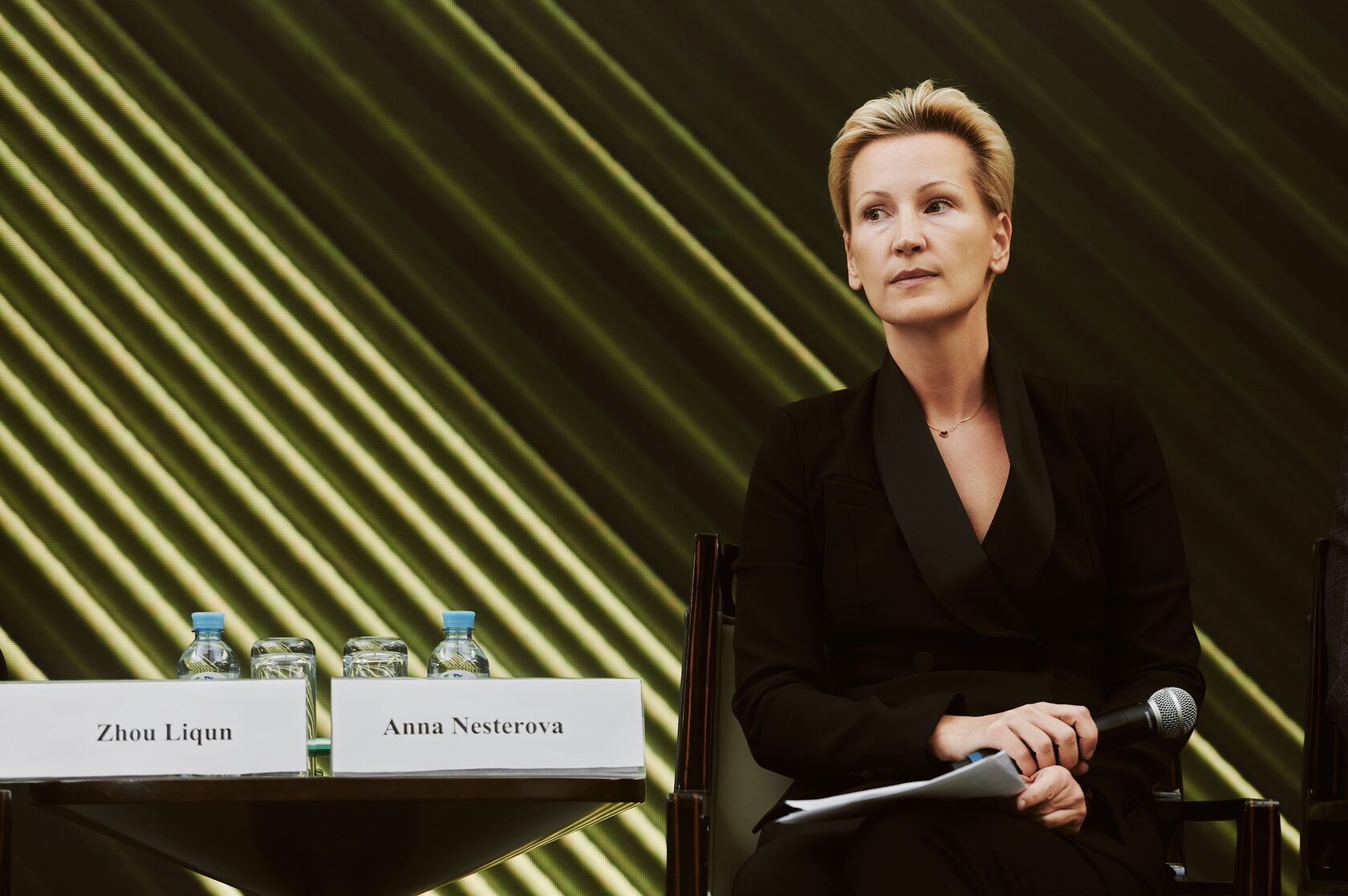 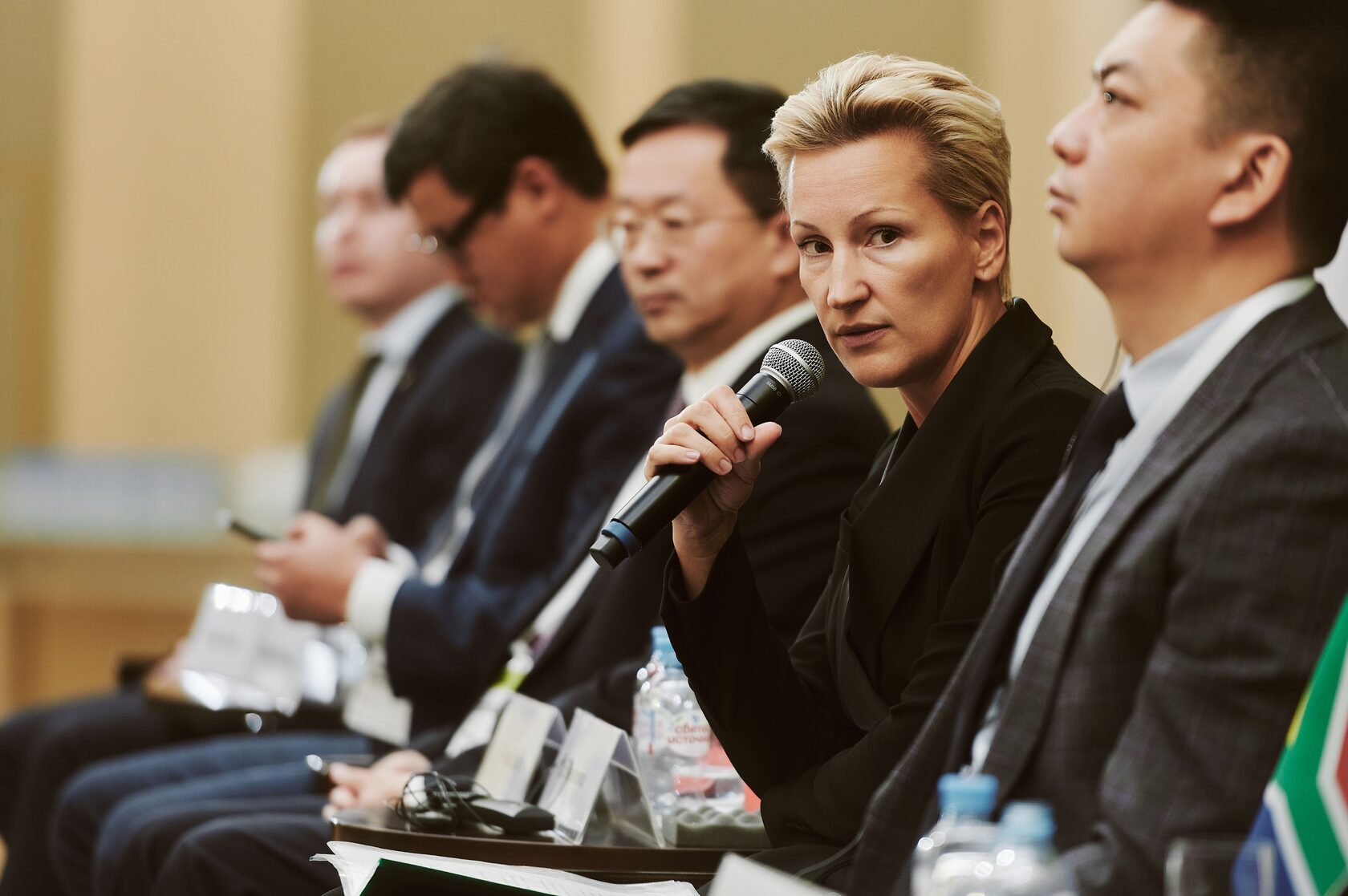 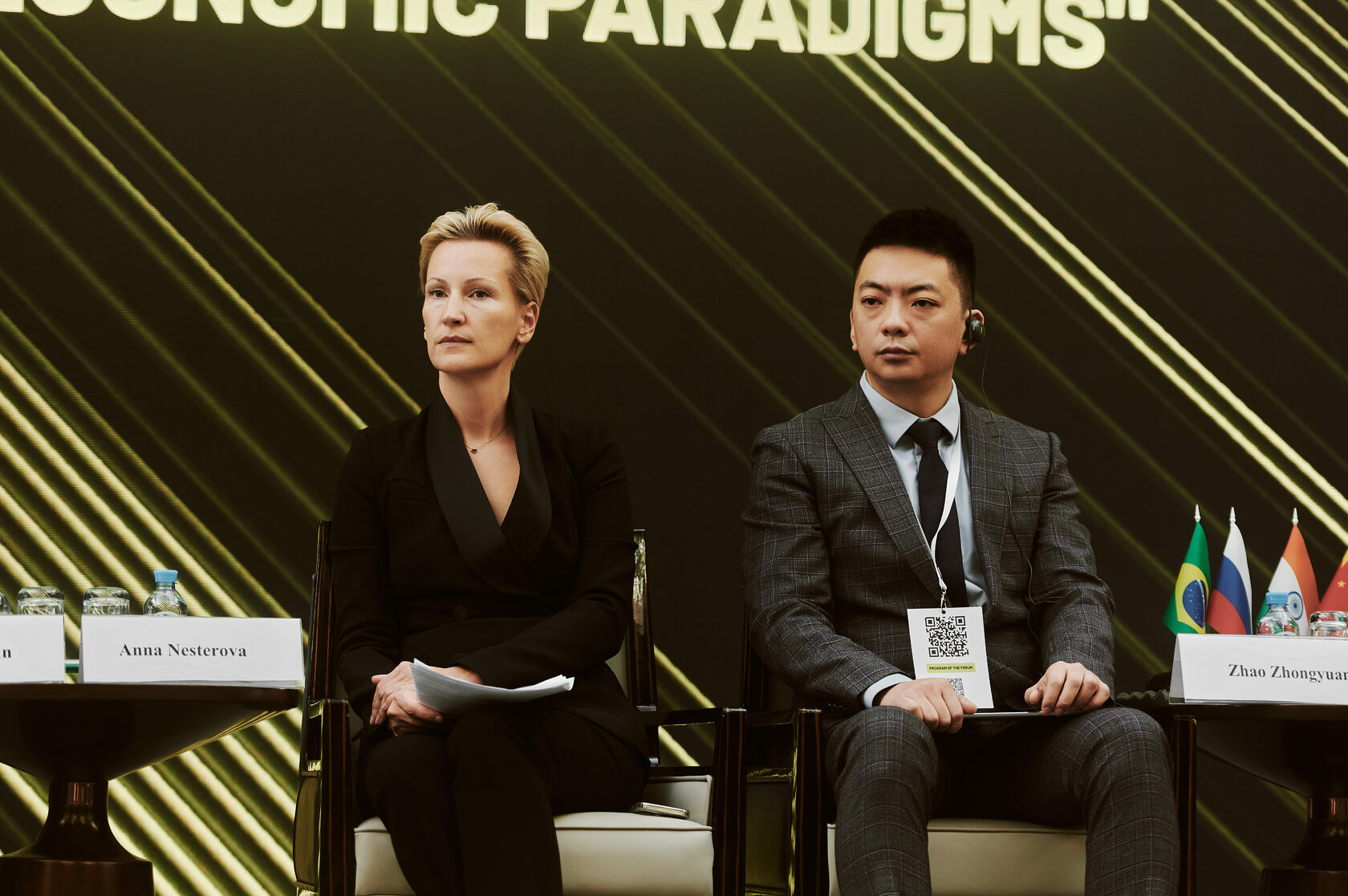 On November 28-30, 2022 the international business forum BRICS+ is taking place in Moscow. Anna Nesterova, the Chairperson of the Russian Chapter of the BRICS Women's Business Alliance, participated in the Forum and spoke at the plenary session on the topic "New models of cooperation between the BRICS countries and the EAEU as an alternative to old economic paradigms".

One of the forum's goals was to provide the participants with the tools to create international business and to show how to take additional advantage of the current crisis.

Taalaibek Daiyrbekov, Deputy of the Bishkek City Council, leader of the coalition of majority factions, General Director of the cultural and business center "House of Moscow" in Bishkek, Zhou Liqun, General Director of China Chengtong international investment Co., Ltd, President of JSC Greenwood, President of the Union of Chinese Entrepreneurs in Russia, Deputy Chairman of the Russian-Chinese Friendship Society, Zhao Zhongyuan, Head of the Chinese Technology Transfer Center for SCO, Zhang Wuyi, Russian representative in the Russian-Chinese Chamber for the Promotion of Trade in Machinery and Innovative Products, also participated in the session of the Forum.

The winners' award ceremony of the top 100 BRICS entrepreneurs competition will take place at the Forum. The best business representatives from Brazil, Russia, India, China and South Africa are participating in the competition. Moreover, the Forum will include a presentation of Russia's first BRICS+ Club of International Cooperation Leaders, which will focus on developing international communications and cooperation in the BRICS+ format.

Anna Nesterova told about the BRICS Women's Business Alliance and its facilitation to the development of economic cooperation between countries, its key projects, initiatives and plans for 2023, the year of the South Africa's chairmanship in the BRICS.