25 February, 2022
The First WBA Meeting in 2022: the Indian Chapter Hands Over the Chairmanship to the Chinese Chapter 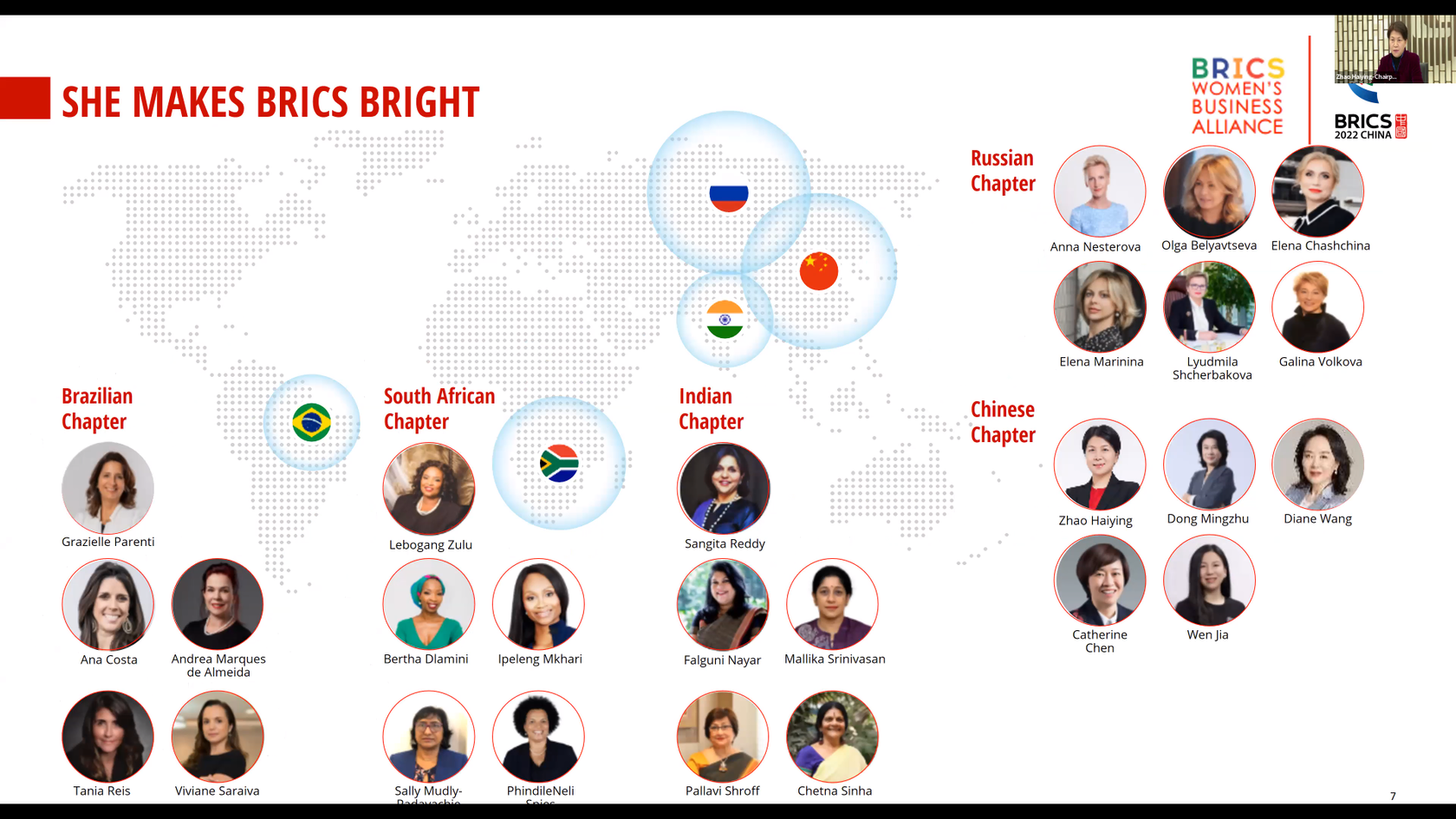 On the 25th of February, the Handover by the Indian Chapter and the 1st Meeting of BRICS WBA under China's Chairmanship took place.

The meeting opened with welcome remarks from all the Chairpersons who expressed their desire to work closely together under the Chinese Chairmanship during this year and congratulated the Indian Chapter for the previous fruitful year.

Then Dr. Sangita Reddy, the Chairperson of the Indian Chapter, presented the achievements of the Alliance reached in the year 2021 to the members. The WBA has originated five Working Groups in five key areas: inclusive economy, innovative development, creative industries & tourism, food & environmental safety and healthcare. She also mentioned several key initiatives which are yet to be implemented.

After that, the floor passed to Ms. Anna Nesterova, the Chairperson of the Russian Chapter, who presented the first prototype of the BRICS WBA platform. She showed the basic features and functions of the website.

Then Dr. Sangita Reddy officially handed over the Chairmanship to the Chairperson of the Chinese Chapter and Pro Tempore Chairperson of the WBA Ms. Zhao Haiying. She gave a comprehensive presentation and introduced an elaborated plan of action for 2022. Ms. Zhao Haiying announced the theme and a priority for this year BRICS: forming a high-quality partnership to jointly create a new era of global development. The Pro Tempore Chairperson also presented initiatives of the Chinese Chapter: creating a Women Development Endowment and the project of the annual BRICS Women's Development Report.

All the upcoming projects, according to the members of the Alliance, should have a positive impact on women's empowerment and enlarge their opportunities.

In their closing remarks, the leaders of the National Chapters expressed their hope for another year of productive work towards the common goals of the Alliance.
Previous news
15-12-2021
Russian Chapter of the BRICS Women's Business Alliance Held the Final Meeting of the Year in Moscow
16-11-2021
Outcomes of the Working Group on Creative Industries and Tourism BRICS Women's Business Alliance Meeting
15-10-2021
Session on the Presentation of the Alliance on the III Eurasian Women's Forum
See all
© All Rights Reserved.